We will be closed December 23rd – January 2nd

What Is Gingivitis and Gum Disease ?

When you brush or floss, do you ever see pink in the sink? It could be a sign that you have gingivitis. Gingivitis occurs in 3 out of 4 of Americans during their lifetime1, but don’t worry, with proper dental care early it’s easily reversed. Gingivitis is a form of gum disease that happens when plaque, a naturally-occurring sticky film containing bacteria, builds up on teeth and gums. Plaque produces toxins that irritate the gums. This can cause the gums to become inflamed, making them red or puffy, or causing them to bleed.

Gingivitis is often painless, so you may not necessarily feel sore gums, but be on the lookout for these other signs or symptoms. Along with monitoring your mouth for these signs and symptoms, be sure to visit your dentist and hygienist regularly. It may not seem like a big deal, but if gingivitis isn’t taken care of, it can sometimes progress to a more severe form of gum disease, called periodontitis. Periodontitis can cause lasting damage to your teeth and the bones that support them. It’s actually the leading cause of tooth loss.

The good news is that gingivitis can usually be reversed with the help of your dentist and hygienist and improvements in your personal oral hygiene. Your dental care team can recommend changes to your oral hygiene routine for both gingivitis treatment and gingivitis prevention.  Together, your dentist, hygienist and Crest want to help you achieve a mouth that’s free of gingivitis. Remember that your teeth were meant to last you a lifetime, but you have to take good care of them to ensure they do.

Gingivitis happens when plaque, a naturally-occurring sticky film containing bacteria, builds up on teeth and gums. Plaque produces toxins that irritate the gums. This can cause you to have inflamed gums, making them red or puffy, or causing them to bleed. Gingivitis is number one among the causes of bleeding gums in adults. These are key signs and symptoms you should be looking for when you brush. Remember, bleeding gums aren’t normal.

Since eliminating plaque is critical in preventing gingivitis, remember to use an anti-gingivitis toothpaste and mouthwash, and focus on a great oral health routine that includes brushing for 2 minutes twice a day, and flossing at least once a day. Other factors though might increase your risk of gingivitis. If some of these factors listed below apply to you, pay extra attention and talk to your dentist and hygienist at your next visit.

Fortunately, gingivitis can usually be reversed with the help of your dentist, hygienist, Crest anti-gingivitis oral care products, and improvements in your personal oral hygiene.

Treating and preventing gingivitis is all about eliminating as much plaque from your teeth and gums as possible. There are some key signs or symptoms to look for with gingivitis, like bleeding or swollen gums. The best way to treat it is to catch it early. Make a dental appointment as soon as possible. Your hygienist will remove plaque or tartar (plaque that has hardened) from your teeth with special tools. Tartar can only be removed by a dental professional, so using oral care items rated for plaque removal helps reduce the amount of tartar needing removal during your dental visit.

Then it’s up to you to stick to consistent gingivitis home treatment. This includes removing plaque in 2 ways— using a toothpaste and mouthwash with FDA approved anti-bacterial agents along with physical removal via a toothbrush and floss. Your dentist may also add a prescription gingivitis treatment to your routine. If your dentist or hygienist recommends a prescription gingivitis treatment like chlorhexidine mouthwash, be sure to ask if Crest PRO-HEALTH® [HD] might be a good fit. It’s clinically proven to be as effective as this mouthwash and you can pick it up anytime without a prescription.

Here are some important details to remember to help prevent gingivitis from returning:

Because periodontitis can cause lasting damage, it’s extremely important to catch gingivitis early with the help of your dentist and hygienist and improvements in your personal oral hygiene.

Reference article by : https://crest.com/en-us/oral-care-topics/gingivitis/gingivitis-gum-disease#signs and symptoms 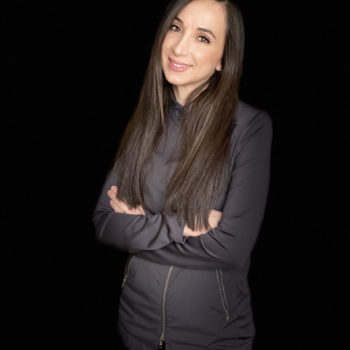 Dr. Fotini Molnar started her dental experience working as a dental assistant in a co-op program during high school. She went on to complete her Bachelor of Science, majoring in biotechnology at York University and then obtained her Doctor of Dental Surgery (DDS) degree from the University of Toronto. Prior to her career in dentistry, Dr. Molnar researched neuroblastoma at Sick Kids Hospital.